By MikeMirzayanov, 6 months ago, translation, 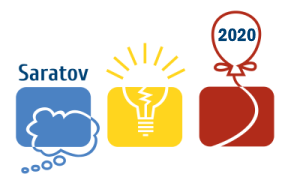 ICPC Southern and Volga Russian Regional Contest (Northern Eurasia) 2020 has ended on November 15. This year the competition took place online. 108 teams competed, many of them received an invitation based on the results in Qualification Contest.

I invite ICPC teams and individual participants of Codeforces competitions to take part!

Of course, the competition will be unrated. I ask the participants of the official competition to refrain from participating in the mirror and discussing problems until its end.

Since this year the audience of participants was wider (due to the online format), we also selected problems a little more accessible than in previous years. If you are from the top team that claims a medal in the ICPC Finals, then it may be more fun for you to take part in this contest personally.