How to be red: Arpa

-Did you celebrate it?
-For sure, I celebrated it in my mind for several days. But if you mean a real celebration, with others' participation and some sweet, drink and food, no. I was in my hometown at that time, and my little brother and my parents became happy.

-What color was your goal when you started?
-I rarely had a goal. Becoming red became my goal in 2019. Especially, I never imagined that I could sometime reach IGM. I exactly remember the contest Global Round 12, which made me IGM. Before that contest, I told my wife that the progress is over, I can't reach IGM. It was interesting that I not only reached IGM in that contest, but I also grew even more in the next contest.

-What was your motivation when you started? What about now?
-My motivation was to take the gold medal in the Iran National Olympiad of Informatics. Now my motivation is to win the ICPC WF medal.

-What period on Codeforces was the most difficult for you?
-Difficult... When I just started, it was horrible and sad. I didn't have a teacher, and it was hard. It was painful. Also, the segment November 2019 to February 2020 (which I touched red) was painful. I was trying hard but not affected my rating.

-It seems something changed you in October~November 2020; what was it?
-After I married and started my new life, suddenly everything changed. I grew a lot, and between the eight contests I took after we started our life in our house, in seven of them, I finished the contest with a positive rating change.

-Have you had some job offers because of becoming red?
-No. But for sure, my abilities in competitive programming were the strongest reason for the job offers I received.

-Is there the right way to leave Codeforces — on the peak, on the way down, never?
-I don't think of leaving Codeforces. When my ICPC competitions over, I'll continue participating maybe every six months.

-How it has been for you when you have a higher rank than somebody else at CF, does it mean you will be higher at an ICPC round?
-ICPC contests are team contests. So it's possible that you become worse than someone who has a lower rating.

-How much do you teach now?
-Much less. Maybe ~4 hours per week. I have many other things to do now.

-Where did you teach?
-High schools, Iran National Olympiad of Informatics camp, and team selection camp.

-Do you like teaching?
-Of course. Being connected to very young students is very nice. I want to keep my connection to the high school Olympiad.

-Is being a programmer in Iran prestigious or popular?
-The world is changing, and Iran too. Programmers are everywhere in Iran now. People know them. Computer-related fields are the most popular fields in universities. Programmers are known as smart, nerd, and high-income persons.

-At what age do pupils start programming?
-Programming is not a regular course to learn at high school. Technology-based universities teach a course to all engineering students called "programming with C". Some special and advanced high schools have programming in their weekly program. Also, some number (<10) of them has a plan to teach CP (for Iran National Olympiad of Informatics) to students.

-Is there a good choice of resources and books on Persian about programming, or should you have at least some English to start?
-For beginners, there is a new website (Quera.ir) that can be used, it's Persian. But to grow (going above 1700), you need to learn English. There are books written in Persian, but for sure not for CP, but for regular university students.

-Iranian Geometry Olympiad is a top math competition. How important math at school? More important than programming?
-In fact, I just heard about it. I have a friend who participated in that competition. Math is essential, and as I said, almost none of the students learn to code.

-Do you teach your younger brother or let him find his own way?
-Yes. I'm teaching him. He solves easy problems in Codeforces, and when he has a question, I answer him.

-What is the best place in Iran to have a rest after competitions?
-I don't believe in resting. We're here to just work hard. So it's not a question about Iran. Even when I was at Porto, participating in ICPC WF, I tried to do something useful instead of resting. But as I value family, maybe my best rest is to be with my wife, talking together and dividing my happiness of a good contest with her. When I open the door and exit my room after a contest, she instantly gets the result based on my facial figure.

But to give a general answer, yes, we don't have any official bar in Iran, although you can find underground bars and places to have fun just like non-Islamic countries. But if we ignore having bars, we have precisely every other thing. Especially Tehran is a reach city in this aspect. Iran is the cheapest destination right now for tourists. I promise you can have a week of fun in Iran for just $40. You can eat the best foods you can imagine and discover several cities. Just think that a high-level food costs $2 (although foods costing $1 are enough for me), and transport between Tehran and Isfahan costs at most $3. Hotel cost starts from $3 each night. If you're interested in what Iran has for discovering, just google it.

-My avatar is my portrait drawn by my daughter, so could we ask your brother to draw your portrait?)
-My brother is not near to me :)) We are far apart from each other. He's in my hometown (Yazd) while I'm in Tehran. But several photos are attached.

Me and Bill Poucher and ICPC WF '19 cup 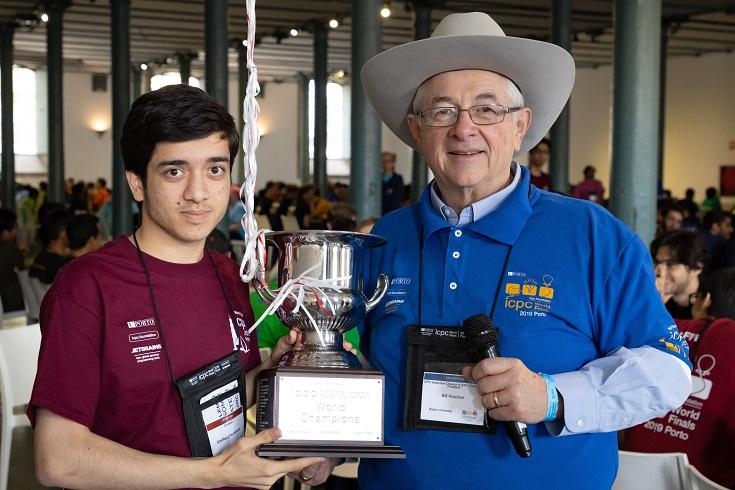 I and my team in the ICPC WF '19 training contest. 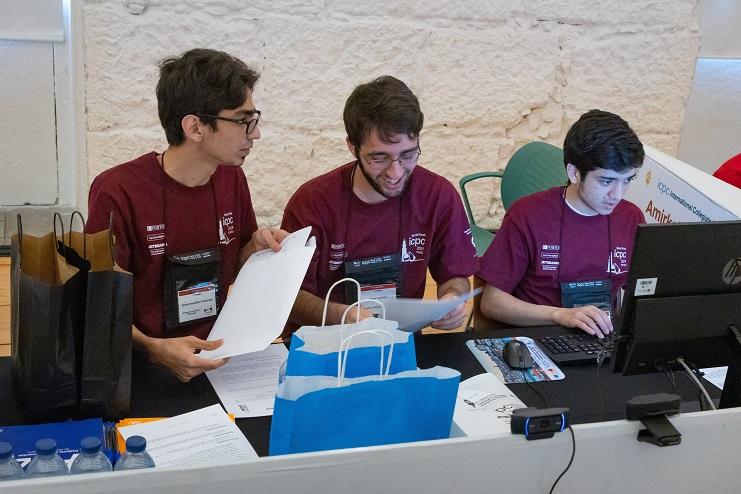 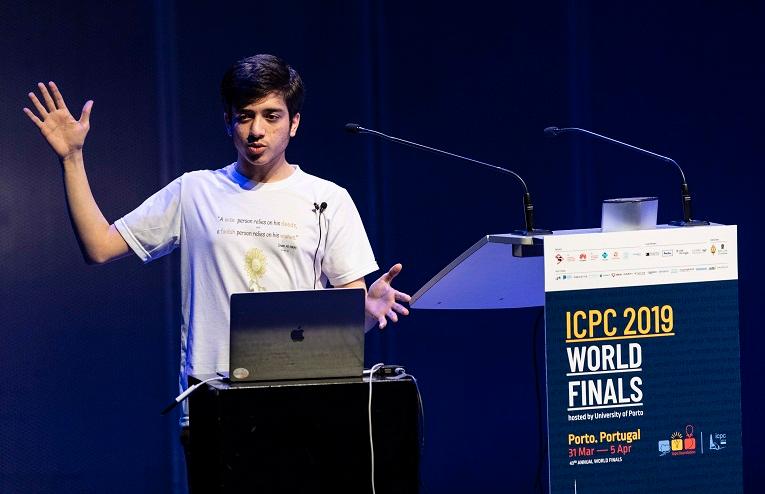 Me after winning the second place cup in Tehran Regional Contest '18. 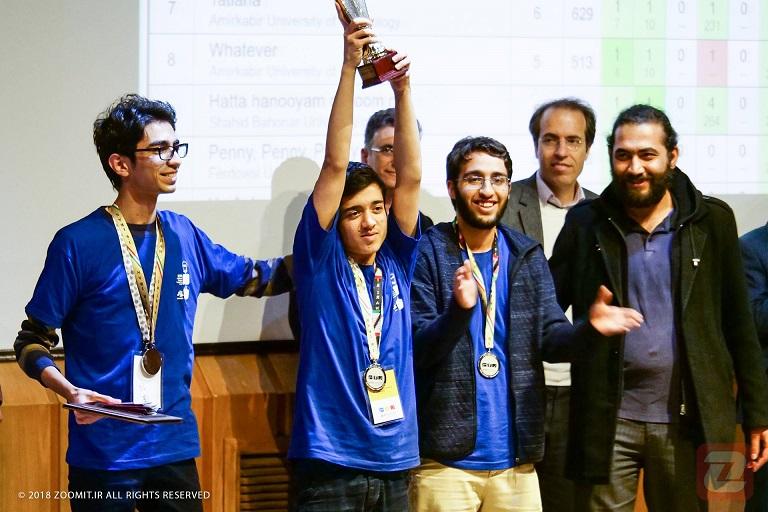 -Thank you very much!
-Thank you!