Country and city in Codeforces user profiles are often not a the place of the residence but a state of mind. I am sure those 197 users who selected Antarctica as their country feel that their surrounding is cold. Or cool ) The map below shows data from user profiles which have both country and city. So only 16 of all antarctic profiles were taken into consideration, because other have empty city field.
On 27 June 2021 there were 351898 users in the rating list. 88752 profiles contained both country and city. There were 4162 unique values of City field for 180 unique values for Country field. The size of circle is proportional to user number and different colors are used to divide cities on groups with the following numbers of users: <20, 20-99, 100 -249, 250-999, >1000. 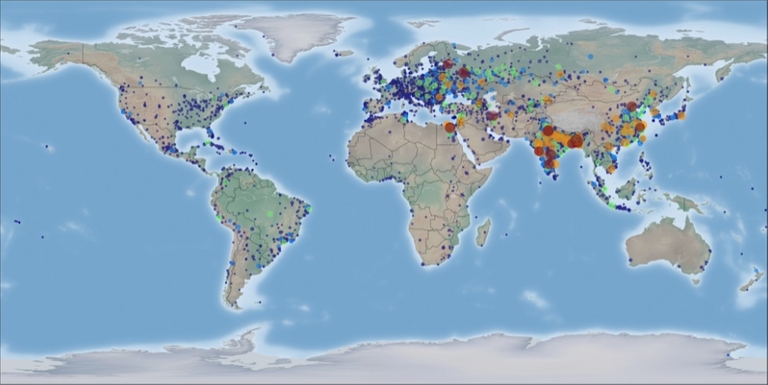 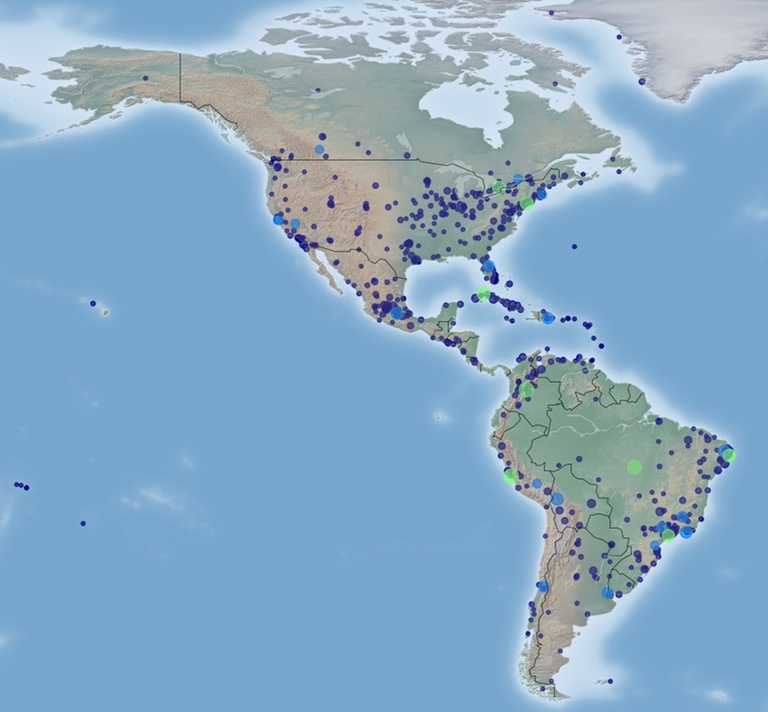 There are 13 cities of Eastern hemisphere with number of users more than 1000. 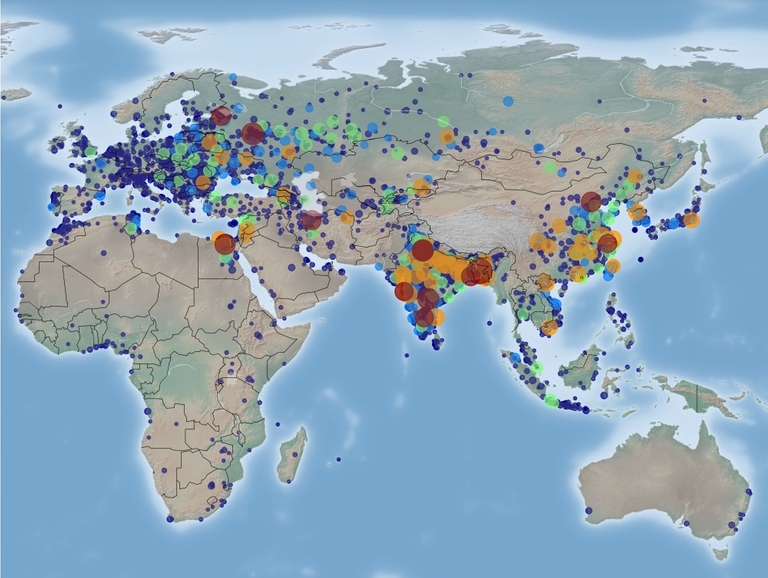 And some more closeups. 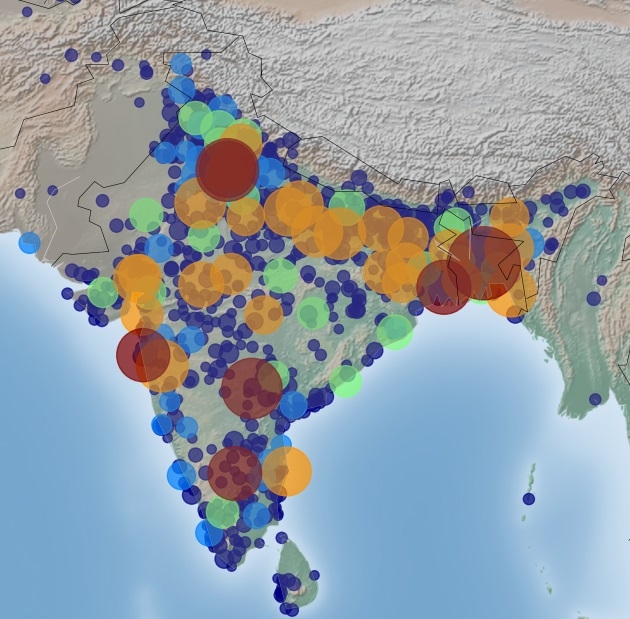 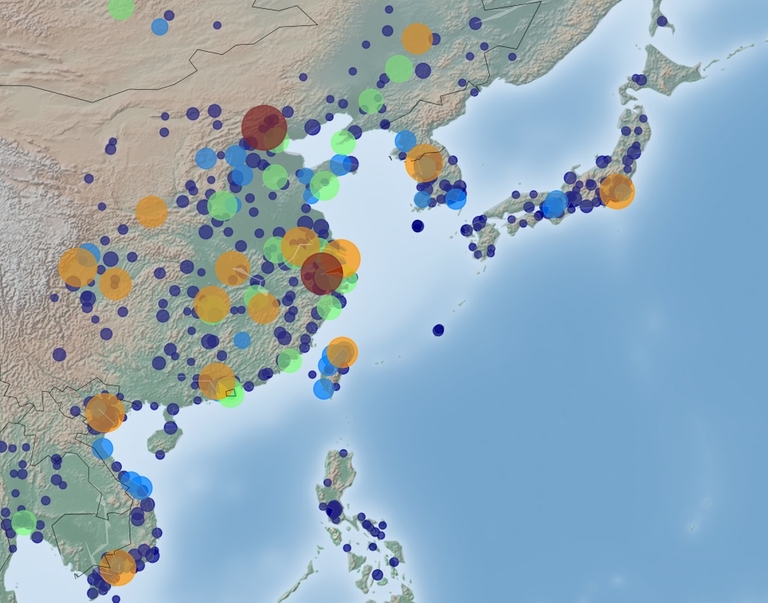 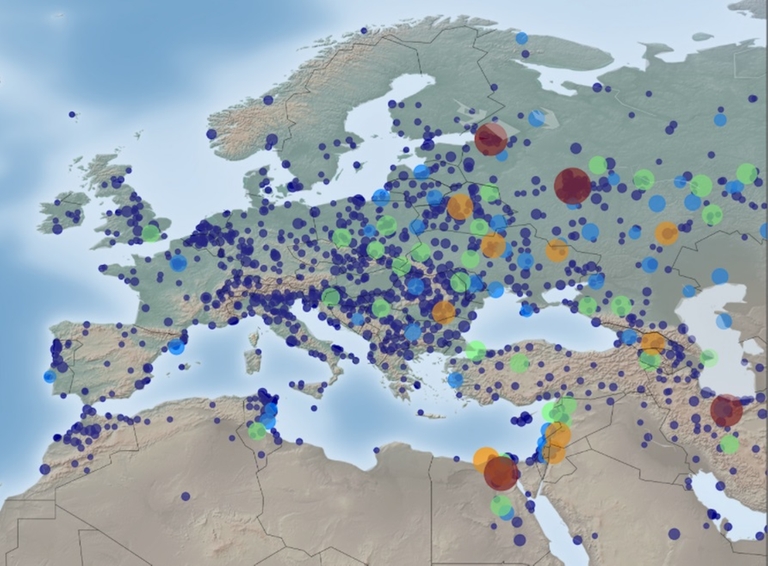 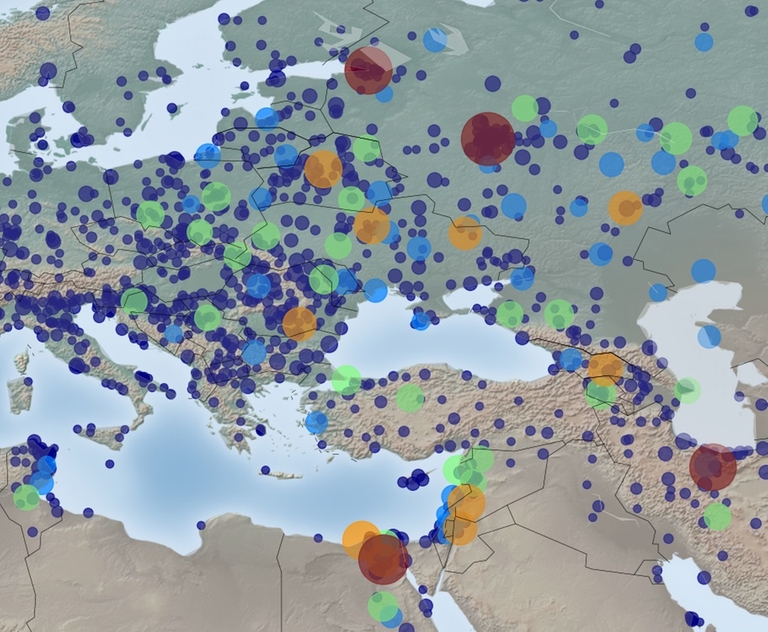