By SecondThread, history, 7 months ago,

Good morning! ICPC World Finals just concluded in Moscow. I was lucky enough to be participate representing the University of Central Florida, who finished in a respectable 17th place.

While there, friends, acquaintances, and CF Legends signed my Codeforces sweatshirt in their handle with their current color. The most common request of the people I asked was to show off what it ended up looking like on a blog post of Codeforces, so here that is! 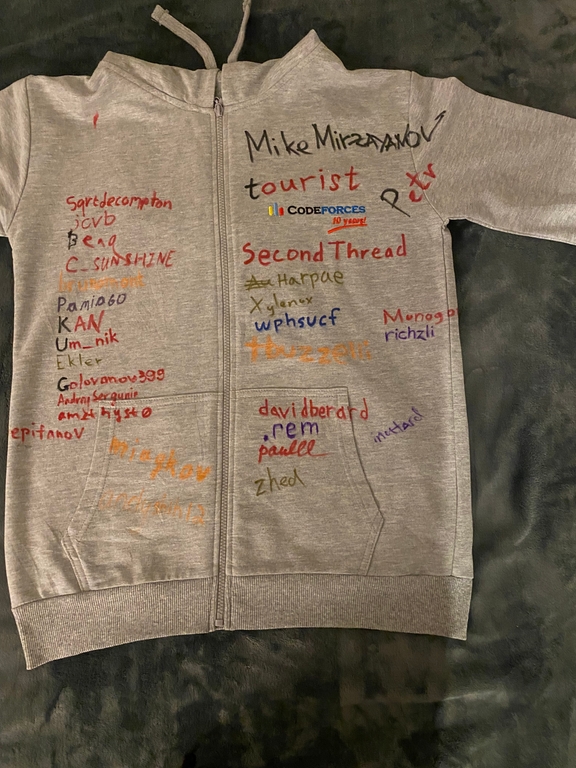 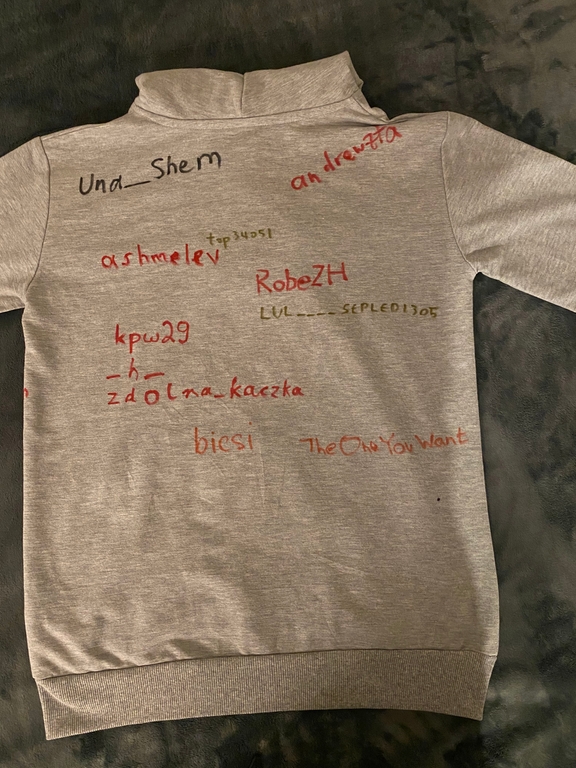 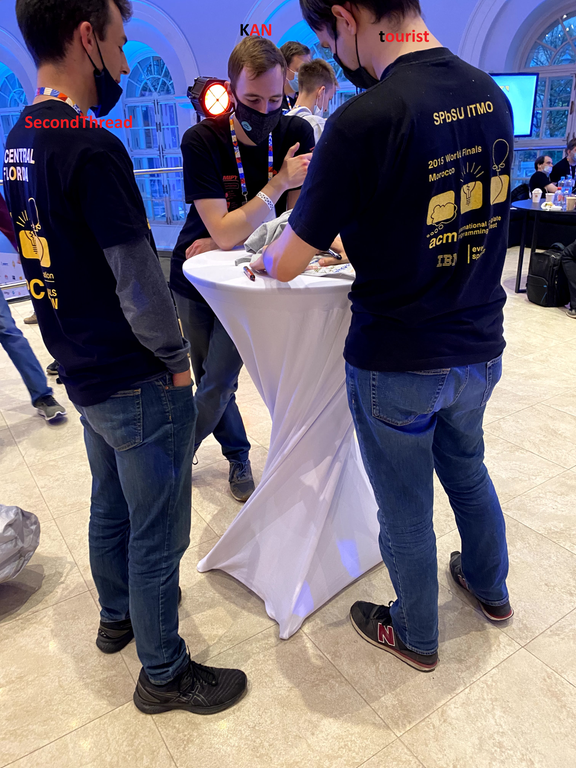 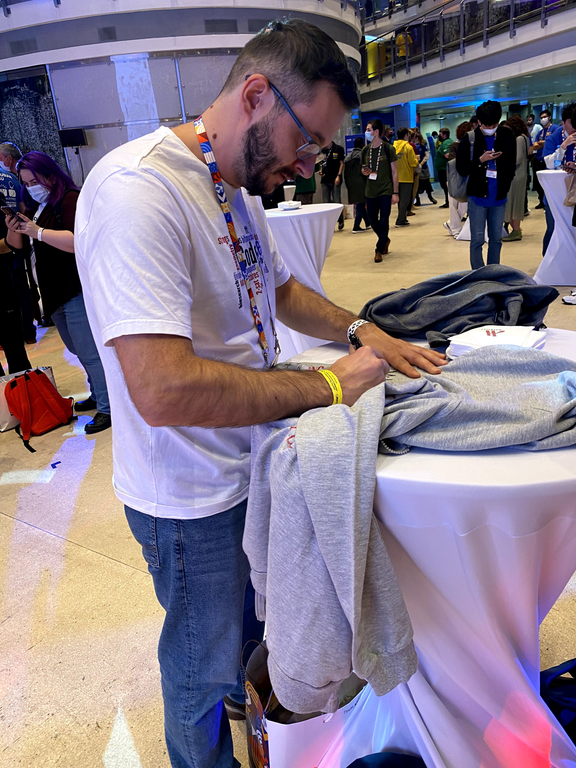 Thanks to everyone for signing it! I hope you all had a great time at World Finals, and I'll see you on the scoreboard on the next Codeforces Rounds! It was great to finally meet so many people who I've only seen virtually before in person. If you have any fun pictures from WF that you're itching to share, the comments below are always open.