Once many many fortnights ago Hackerrank held one of its regular competitions, "World CodeSprint 9". This was back when Hackerrank actually sent out its prizes. The competition was very unusual in that one of its hardest problems was a scored based approximation problem. This competition was also the first time that I would get placed in the top 100s! (Using my beloved Python =p) 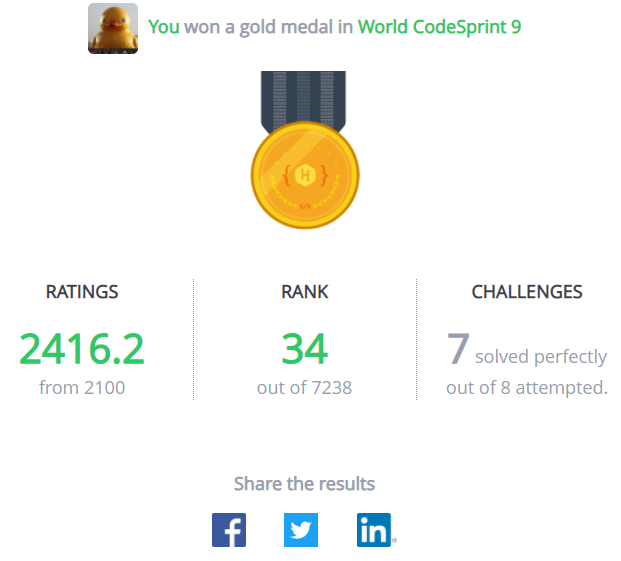 As I recall the prize for getting placed 4 to 100 was a t-shirt and $75. More precisely these $75 were sent in either Bitcoins or Amazon giftcards depending on where the prize winners lived, in my case I got Bitcoins. I received the $75 in Bitcoins on 21st of March 2017.

30 times more to be precise! So today I just sold them for a bit over $2200. Not too shabby for a 34th place finish in a regular competition! =D