First, I am not good at statistics. Therefore, the following article may include incorrect description. OK?

In the comments for the previous article, rating system was mentioned:

In Elo rating system, expected score, that is probability of winning plus half probability of drawing, is assumed. The expected score is described by ratings and this is (one of) the formula using different distribution between TopCoder and Codeforces. So, I am interested in the actual result. 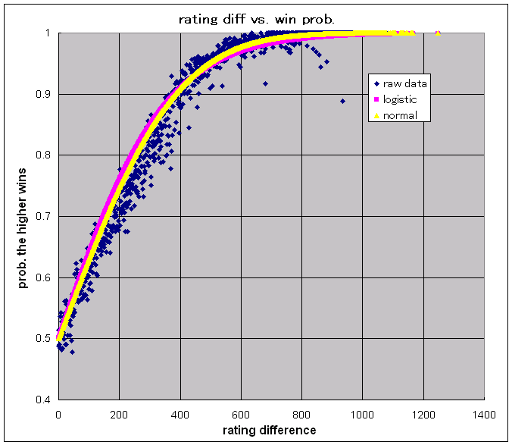 This scatter chart shows rating difference of two participants and probability that the participant having higher rating gets higher score. It is calculated as follows:

"Normal" is calculated by the formula: