By Balajiganapathi, history, 3 months ago,

There will be 3 problems to be solved in 1.5 hours. The difficulty level will be similar to a Div 3 contest.

Prizes: An Amazon gift card of INR 1000 (or equivalent gift card amount for non-Indian currency) will be awarded to 2 randomly selected participants from among all participants who have a non-zero score.

By Balajiganapathi, history, 11 months ago,

We are going through an unprecedented situation currently. There are lockdowns and quarantines in many parts of the world. We feel the best way to cope with everything that is going on is to keep ourselves occupied.

To help with that, we at CodeDrills have something for all the competitive coders out there. On 25th March, we launched our own online judge and also launched the CodeDrills covid 21 days challenge. Every day, for the 21 days starting from 25th March, we will upload 1 problem. Just visit codedrills.io, login and start solving! The launch coincided with the start of a full lockdown in India.

Since the situation was unexpected, we rushed to put up the site as soon as possible, so there might be issues. If you find any bugs or want to request a feature, please write to us at hello@codedrills.io with as much details as possible.

Here is our mascot Ufu wearing a mask (if you are unable to see him here, head over to our page): 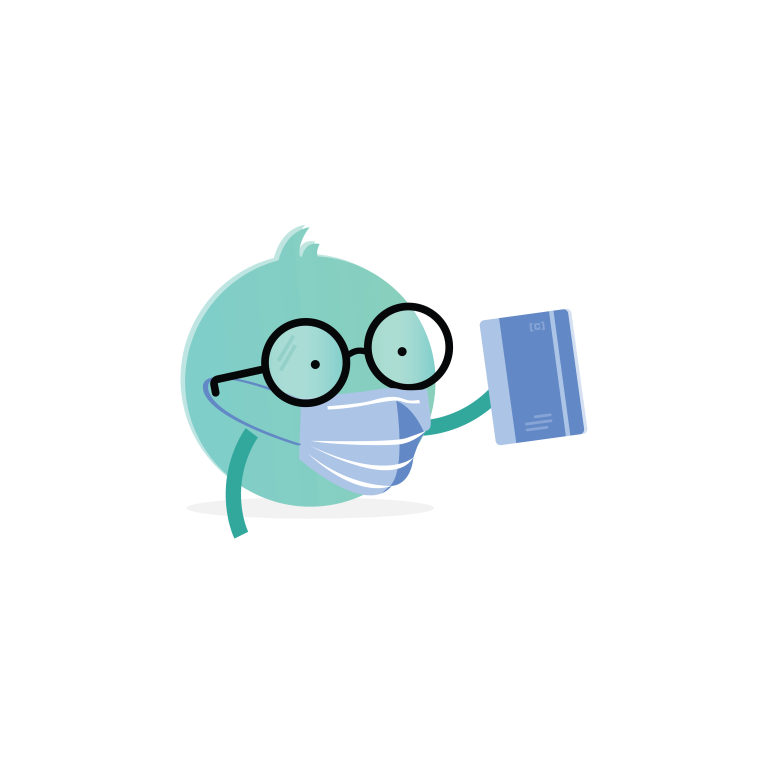 Here are the problems launched so far:

PS: The old code-drills site is still available at https://recommender.codedrills.io

PPS: We don't have all the 21 problems yet, if you have a problem idea please contact us

By Balajiganapathi, history, 14 months ago,

Competitive coding format has not seen much innovations since the times of ICPC and Topcoder SRMs though there have been many incremental improvements. I have been thinking about ways in which we can improve on current formats. I am eager to know if anyone out there has a good idea to make contests interesting for both participants and spectators. Note that by competitive programming I don't necessarily mean only algorithmic programming. Given below are some lines of thought I have had so far in no particular order.

What have you got?

It is with great pleasure, I would like to invite you all to the mirror contest of the largest ACM-ICPC Regionals and it is nicely wrapped in ACM-ICPC Asia — Amritapuri Onsite Mirror Contest. With some brain-high problems which will make your adrenaline rush, I am sure you don’t want to miss it. Get going! Mark your calendars and keep yourselves free for the big rush.

Registration: You just need to register as a Team on CodeChef. For all those, who are interested and do not have a CodeChef handle, are requested to register in order to participate.

Note: The mirror contest will run in parallel to the main contest with an hour delay.

It will serve as a good practice for those who are preparing for the upcoming onsite regionals and hope you will enjoy solving the problems. Please leave your feedback on the problem set in the comments. Rest of the details about the contest can be found below.

Registration: You just need to register as a Team on CodeChef. For all those, who are interested and do not have a CodeChef handle, are requested to register in order to participate.

So far, it only supports cf (EDIT: Now also supports codechef and spoj). I plan to add support for other sites later. Besides recommending, it will also show some statistics of your submissions so far. If you scroll down after entering your handle, you can view the practice recommendation. I will explain some of them here:

Mini Contest: Best for individual coders. 5 problems are recommended, again based on the coders' past submission.

Daily Practice: Suggests only 2 problems — an easy and a hard. This is useful for those who don't have that much time to practice.

Warmup: 2 easy problems for solving before some contest.

Easy/Medium/Hard: 10 problems of the chosen difficulty.

Topic based: Select a topic and start solving from easy to hard problems on that topic.

This was all coded in one day, so expect some bugs :) . I will try to keep adding more features and other sites for analysis. Comments and suggestions are welcome.

Invitation to SnackDown 2016 Qualification round

By Balajiganapathi, history, 5 years ago,

I’d like to invite you to participate in CodeChef’s global onsite programming contest SnackDown 2016 Qualifier which starts tomorrow i.e at 9 PM 27th May. I took part in SnackDown 2015 and my team was one of the winners (Indian category) of the contest. You can read my complete experience from the contest on CodeChef’s blog. And as you already would have heard the timings of online elimination has been changed and the organizers are contemplating the idea of revoking the team restrictions in future. So, that leaves us with no reason to not take part in the contest. And after being to the onsite finale once, I would strongly suggest that you participate in the contest. Not only for the awesome experience at the finale, but also for the brilliant problems.

For the qualifiers, the problems have been set and tested by kevinsogo (Kevin Charles Atienza), Antoniuk (Vasya Antoniuk), CherryTree (Sergey Kulik) and the translations were written by huzecong (Hu Zecong),Antoniuk (Vasya Antoniuk), VNOI Team, CherryTree (Sergey Kulik), with PraveenDhinwa (Praveen Dhinwa) as contest admin. I hope you will enjoy solving the problems.

Along with the cash prizes for Global Winners, there are special prizes for Best School Team, Best Girls team and Best Indian Team (the total cash prizes are worth $22,500).

The new timings for the SnackDown 2016 Elimination Round are:

I hope you like the new timings and that will enjoy the contest till the very end. That will be all from my side for now. See you all at the contest.

ICPC Regionals — The Chennai flood and the Asia Director

By Balajiganapathi, history, 5 years ago,

One of the regionals in India was scheduled to be held at Hindustan University at Chennai on December 17 — 18, 2015. Unfortunately Chennai was stuck by a natural disaster. The entire south India received heavy rainfall and hence there was a lot of flooding at many places including Chennai around that time. Atleast 347 people died in the state of Tamil Nadu (where Chennai is located). The damage due to the floods overall in south India is estimated to be atleast USD 3 Billion. It is the costliest flood in 2015.

Dr. C J Hwang is the ICPC Asia director. In response to the above postponement he posted a blog article on his blog. You can read it here. Please read it as this post deals with that announcement.

Quote from the blog: "In the 20 years of ACM-ICPC Asia history, we never had the case of contest postponement."

Comment: That is just luck. It is great luck that there never was any problem during any of the Asia regionals during the past 20 years.

Quote from the blog: "Several years ago, Vietnam contest had a flood and I was there. I walked over the deep water.I was wet with pants and shoes. Vietnam committee did not request any postponement."

Comment: Wet pants and shoes, seriously? This seems like a minor water logging not a major, destructive flood.

Quote from the blog: "To avoid any future abuse of asking postponement to cover the un-readiness and the irresponsibility of hosting the contest ..."

Comment: Abuse? What exactly does Dr. Hwang want the organizers to do? How can you conduct a coding contest when there is water 2 storey high? How is this un readiness or irresponsibility? The flights/train/bus service were all stopped so how would the contestants reach the venue? What if something happened to them? There were no proper supply of food/water/electricity during the floods. As someone who has experienced a real flood, I am extremely offended by this statement.

Quote from the blog: "..., I am proposing to insert a few new lines into 2015 Asia rules. These new lines are same as I had approved for Asia Chennai. We have no time for negotiation/discussion and the complexity of calculating Asia site scores prevent us from any other solutions."

Comment: Why no time for negotiation or discussion? Calculating the slots is indeed complicated, but it does not take that much time either. This reason is here just so he can rush the decision before any discussion takes place. This should not be how decisions are taken at ICPC.

You can read the actual rule in the blog itself. Rules are generally passed by a vote. Here is the result of the voting for this rule:

Quote from the blog: "Voting Result: Casting Yes vote – 11 (Including 3 from WC sub-region)

Casting No vote – 1 (Including 1 from WC sub-region)

Comment: See that last line? The Implicit Yes vote? It means those who did not vote were automatically considered as "Yes". Yeah, that is how decisions are taken for such an important rule.

I have nothing against the rule. But everything against the manner in which it was decided. Also, the remarks about the flood situation reeks of arrogance and a total lack of empathy for the disastrous situation at Chennai. It is really sad that decisions are taken like this at such a prestigious contest like ICPC.