By MikeMirzayanov, 7 years ago,

The VK company (vk.com), the largest social network in Europe and the most popular site in Russia and Ukraine, announces the competition for russian-speaking programmers VK Cup 2015.

As you can see, the reborn VK Cup is focused on Russian-speaking programming lovers. Indeed, the whole VK developer team speaks Russian, most social network users communicate in Russian and the head office of the company is located in St. Petersburg. Those are the reasons we decided to concentrate on the competition for russian-speaking participants — most of the social network code is written by medal winners and ACM-ICPC finals champions. We believe that when we support the enthusiasm of young people towards solving problems and studying algorithms, that we make the world better and invest for the future of our company.

That is not the only innovation of the championship: unlike many other championships conducted by companies, VK Cup 2015 will have two-man teams competing with each other, the participants’ age ranges from 14 to 23 years. 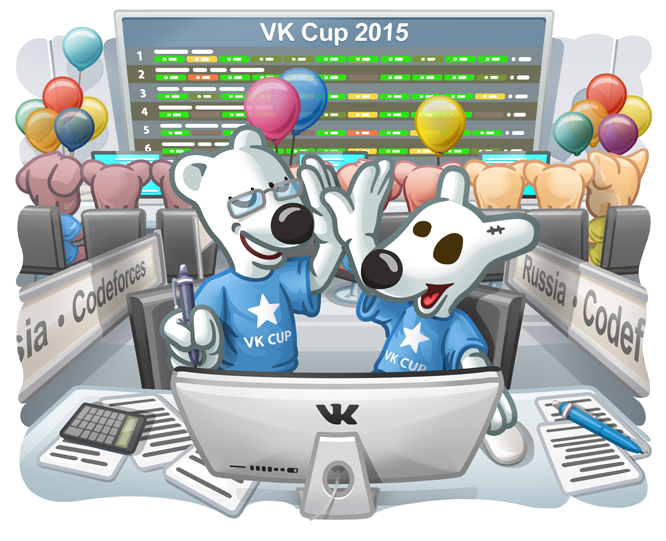