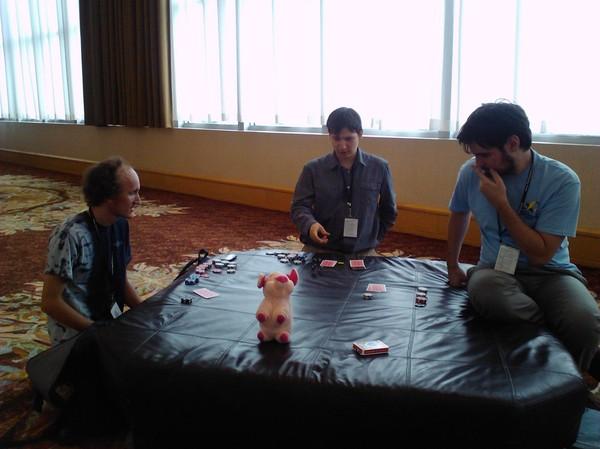 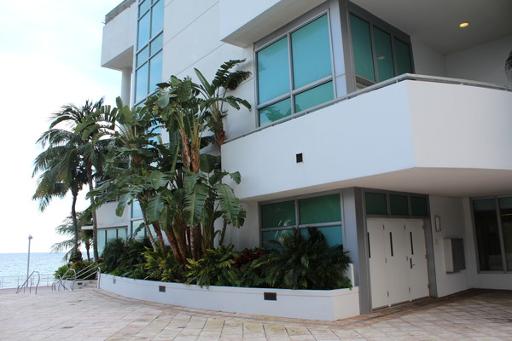 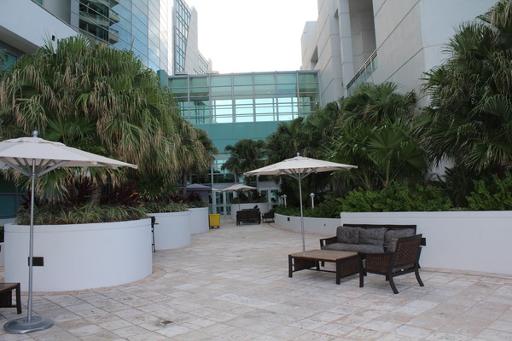 Competitors' workstations are located in one of the hotel ballrooms, along both longer walls, while spectators are walking in the middle of the room, where they have displays, showing what's happening on each competitor's screen. 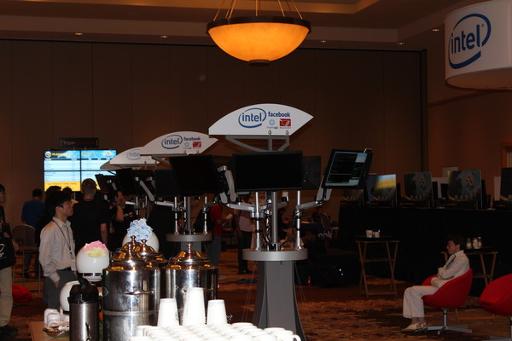 Watching matches onsite, you notice, that level of such participants as Petr or lyrically, or ACRush, is insanely higher than the level of regular participants, with smaller ratings. The fact, that level is different, is quite obvious (well, they have different rating), however, when you watch what happens on the competitor's screen, and, especially, when you can compare those screens, you see the difference much better. It seems like there's a bar, above which only chosen people can be :)
By the way, when you look from the different perspective, you can find a huge MemSQL logo :о) 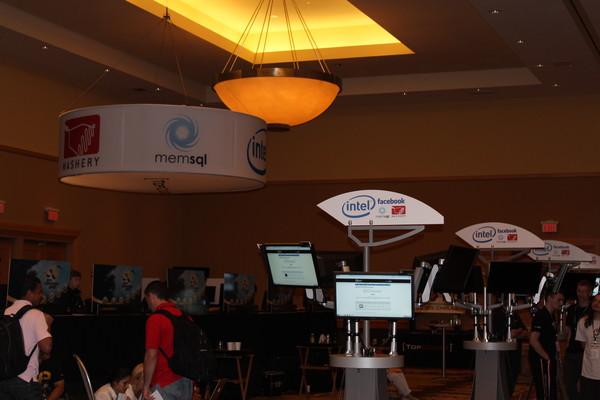 The fact that you can watch what competitors do, as well as the fact that you can be next to them, is a very interesting property of TopCoder. Guys really don't have stupid paranoia, which ICPC organizers have. For example, during the second qualification round we were discussing 500 pretty loudly, and, specifically, we said the word "Haffman" several times. Hearing this word is enough to solve the problem (Petr said, that Haffman was obvious in that problem -- well, it was not obvious for me :о))

Another funny thing, is that competitors do not use awesome location of the hotel, and instead of going outside play settlers and poker inside. TopCoder arranged an online competition prior to the onsite round, in which people were offered to come up with an idea of a good event for competitors. There were four winners, of which three were:
1. Fifa tournament on XBOX (what did other participant offer, if this one won?!)
2. Play the Encounter-like game. Seems like people liked it.
3. Do funny pictures, based on the set of 10 tasks. This event was very underrated by the competitors. I really loved it, and as of now I have 7 out of 10 pictures, and seems like nothing will stop me from taking remaining three tomorrow. Some people have tasks like "take a picture of a person, who advanced to the finals from the fourth place, sitting in sandals and socks, going all-in on preflop". My tasks were a little bit easier :о) For example, take a picture of yourself and a person who ever won TCO in any track before, acting like zombies, and scaring people on the arena: 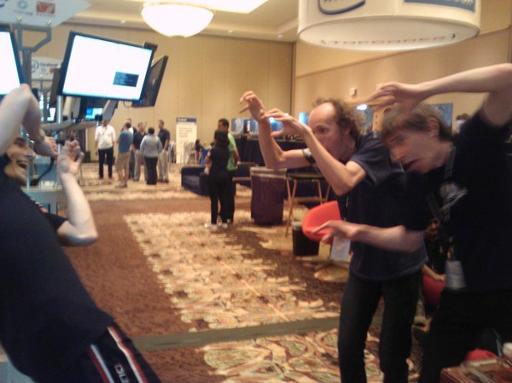 Also, turned out there's another conference with a very similar name right next to ours, in the same hotel :о) 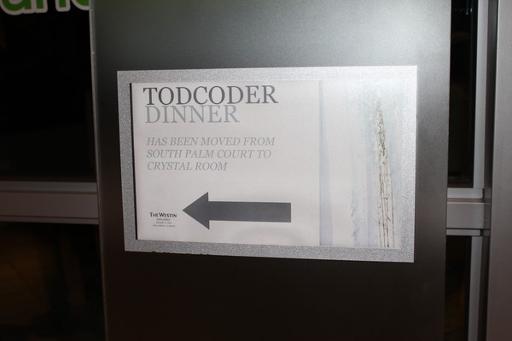 Finally, the collection of pictures of awesome people holding my stuffed piglet Pumpa has grown by one more picture -- this time with psyho, who is very likely to win a Marathon Match (results will not be known before tomorrow). 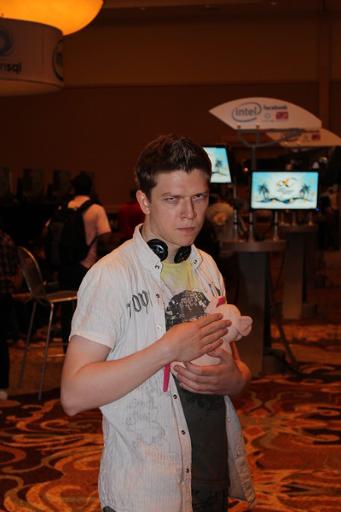 P.S. Check out our MemSQL shots, which arrived today :о) We're going to give those away tomorrow, and we believe that people will love those :) 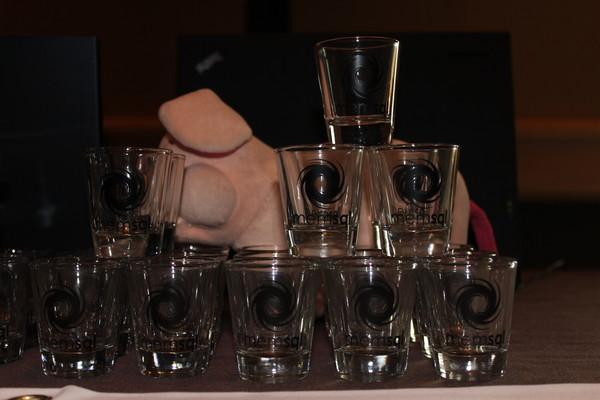