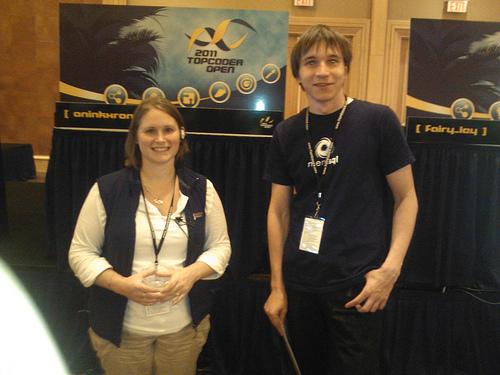 2. Take a picture with anyone in his ТСО t-shirt standing in the fountain. SergeiRogulenko agreed to be the one :о) 3. Third task was to take a picture with Dean Kamen in the background. Dean had a key note on the last day, which was really awesome. 4. Take a picture with a person, who advanced to the marathon match, playing giant checkers. The person I chose was psyho. 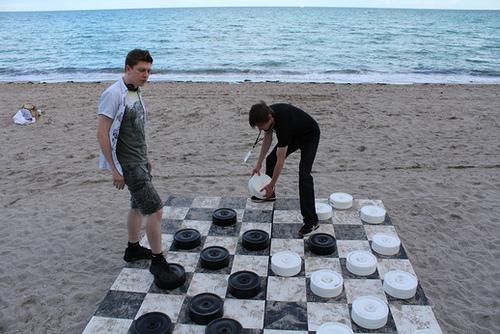 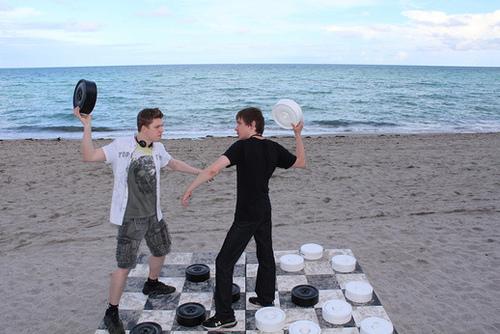 5. Any person who's on the event for the first time, doing a mock sword fighe. _Romka_ agreed to do that. 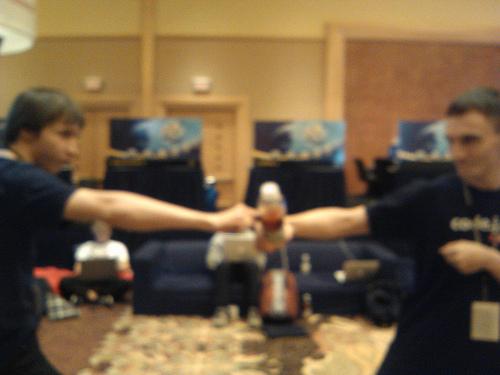 6. Picture with any person who ever won TCO in any track, acting like zombies and scaring people. Petr rejected to do so, KOTEHOK gladly agreed :) 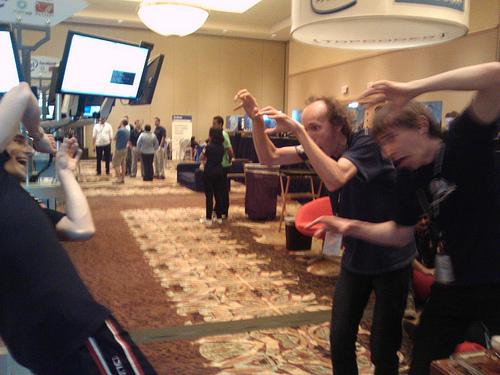 7. Take a picture of a trip winner covered by sand up to his/her neck. One of the tripwinners was a girl, who came up with this game, however she rejected to go to the beach. Another guy agreed, but, as I mentioned before, I was told that I do not qualify for a grand prize, so I didn't take this particular one
8. Take a picture of you with a person, wearing someone else's TopCoder t-shirt. KOTEHOK in the MikeMirzayanov's t-shirt agreed to do this one, I will publish it later.
UPD: Here's the picture 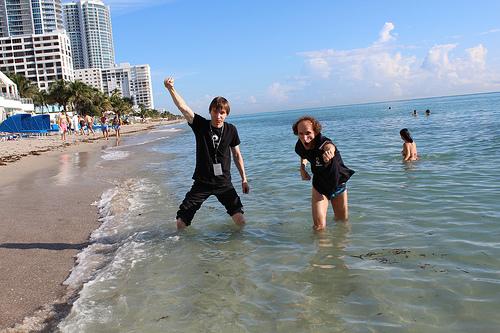 9. Take a picture of a person in sandals and socks, drinking beverages with umbrellas. Well, it was not specific about umbrellas being in drinks :) rac_, from mod dash competition, agreed to do this one. 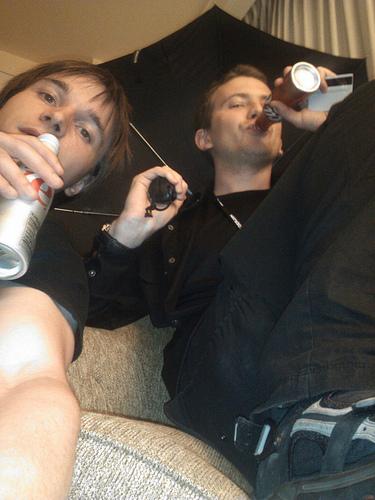 10. Take a picture with a person from another continent than you, jumping on a bed. Since I'm in US now, any russian person worked, RAD. was the one of those who agreed to take a picture. 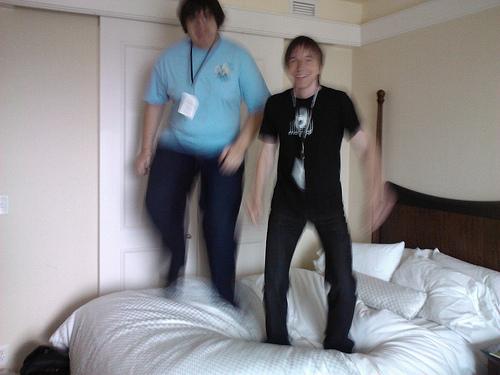 Finally, the tie-breaker picture will be also published later.
UPD: Out of funny tasks that MikhaelOK had there were to take picture of people laying on the floor in the form of TCO11 logo, and also to take a picture of some person covered by sand up to his/her neck. I hope Mikhael will also publish his pictures later :)