About 7 months ago I posted here about a tool for converting some rectangular grid cell coordinates into a sort of interactive picture. riadwaw proposed to make the same for hexagonal grids. Personally for me drawing hexagons during the contest is a pleasure, but it takes time and it's definitely a good idea to make such tool. Yesterday I remembered about this and made it, so welcome. Here are some use cases.

When you proceed, you should see something like this: 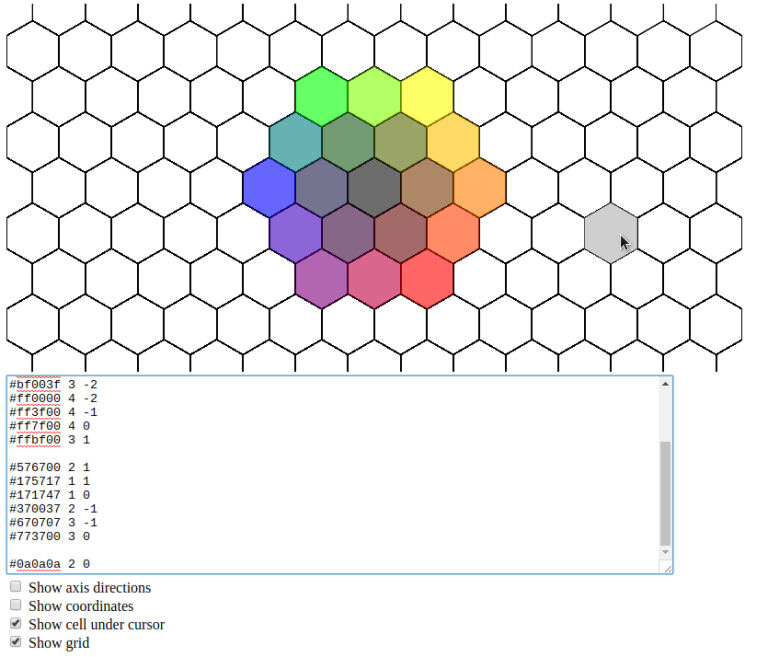 This tool does almost the same as the rectangular one, but there are some differences:

Maybe (not very likely) some new functionality will be added. You can copy and modify any code you'll find.