Surprisingly, some rules of the Asia West Continent ICPC have been changed. 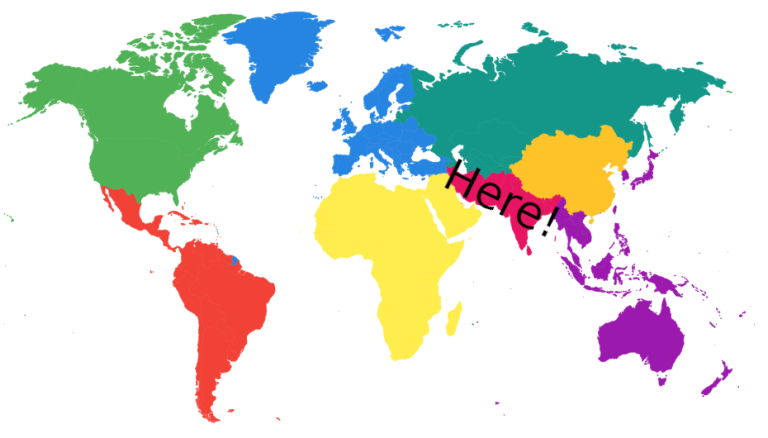 I'm bringing them to you from the ACM-ICPC Asia director's blog: http://blog.sina.com.cn/cjhwang

After the typical regional contests, two new contests are going to be held in Tehran and Kolkata in January 2020.

Read more to figure out the details.

I copied and edited Prof. Hwang's post for you.

Champion Team of a site is the team that is the winner of the site.

Champion Institute is an Institute that has at least one Champion Team.

It is the same as the rules of the Asia Regional Contest. However, the rule of participating in not more than two sites will be still good here since this contest will not be counted toward the two sites restriction in Asia Contest.

If there is $$$A$$$ slots for the West Continent and $$$B$$$ Regional Contest Sites, then $$$A - B$$$ is the World Final slots to be allocated from this Championship Contest.

It is required that all regional contests of the Asia West Continent should be over and sufficient time should be kept before the Asia West Continent Championship so that all teams get enough time for the preparation and acquiring a visa. Also, it has to be completed latest by January 15 so that the World Finals invitation can be sent. This year it is planned to hold it between Jan 01, 2020 and Jan 15, 2020.

Beside the problems created by the team of Asia West Continent Contest Director, it is expected to provide at least two unused problems by each site of the Asia West Continent. Each problem should also come along with a possible solution, judge data, difficulty rating, and problem type. Initially, Mr. Shahriar Manzoor (who has been the only World Finals Judge from Asia since 2003) may be the Judging Director, subject to his availability. However, the selection of the final set of problems will be done by Asia West Continent Contest Director. Sponsorship Asia West Continent Contest Director along with the Organizing Team will put his best effort to generate its fund. It is also expected that the Organizing Committee of the World Finals will extend its support to make the event successful. Further, each site should contribute an amount equivalent to $$$1$$$ USD per team based on the number of teams registered in Online and Onsite Contest, i.e., $$$X_i + Y_i$$$ for the site $$$i$$$ where $$$X_i$$$ is the number of registered teams in the site $$$i$$$ for Online Contest and $$$Y_i$$$ is the number of registered teams in the site $$$i$$$ for Onsite Contest. It is the responsibility of the RCD how they raise the amount. This amount should be transferred to the Asia West Continent Account to run the Championship Contest.

Partial travel support and local hospitality may be made available to provide by the host during the contest.