Good day to everybody!
I am glad to invite you to participate in the next round of the series of winter programming school olympiads, that will be held on the 6th of November at 14:00 MSK.
The contest is official for school teams, and unofficial and not rated for everyone else. Remember, that if you have a school team, you must register all the participants for the series, if you haven't done it yet.
The duration of the contest will be 5 hours, and the rules are standard ACM ICPC.
The problems were prepared by me, Dmitry Matov, Polina Bondarenko, Mikhail Mirzayanov, and also by Maria Belova, who translate them to English. We all hope that the contest will be interesting for you to participate.
Good luck!
UPD. Statements in PDF: russian version and english version. The statements will be available when the contest starts.
The contest is over. The winner is Gennady Korotkevich who solved 9 problems for less than 3 hours. Results are available.
Tutorial:
Problems A-E, H, J
Problems F,G,I

By Seyaua, 10 years ago, translation,

I invite you all to take part in the next Codeforces Round!
This time the problems are written by me and sdya. Some information about us: we both are second year students of The Faculty of Mechanics and Mathematics of Kharkiv National University named after V.N. Karazin, and we are twin brothers. We began studying programming in the 10th form, about 2.5 years ago. We do not have any significant achievements in programming competitions yet, but we hope we still have time to get some :)
We would like to express our gratitude to Artem Rakhov who helped us to arrange this contest, and to Maria Belova who has translated the problems statements into English.
We wish good luck to everyone and hope you will find the problems interesting!
UPD: The contest is over, congratulate tourist, who won this round.

Announcement of Codeforces Beta Round #39

beta round 39, codeforces
The Cormen Medal
By MikeMirzayanov, 10 years ago, translation, 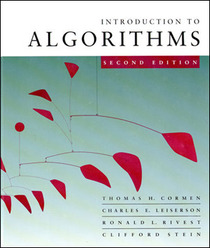 We are pleased to inform you that on the night of December 31, 2010 on January 1, 2011 will be not only fireworks, champagne, gifts and presents, but we will summarize the Codeforces year. Great news that Thomas Cormen gave permission to use his name in Codeforces annual award. So, we are pleased to announce the annual Codeforces award — the Cormen Medal!

It will be three awards this year:

The first of the medals will be awarded to participant who will have the highest rating at the end of the year. The second medal will be presented to the best participant of Winter Programming School Olympiads for Schoolchildred 2010/2011. Finally, the third prize will get the most active and successful author of problems for Codeforces competitions (Codeforces team members not considered in the tabulation of results).

I would like to invite you to participate in a new competition, that will be held on the 30th of October at 16:00 MSK. It will be a part of the series of winter programming school olympiads, but it will be only a standart Codeforces round for adult participants.

Teams aren't invited, only single members. The official rules will be ACM-ICPC.
Jury has decided to increase the duration of the competition, which will be 4 hours long.

The authors are me, Mike Mirzayanov and Artem Rakhov. Also I'm expressing gratitude to Maria Belova, Max Ivanov and Natalia Bondarenko for help.

P.S. Please, don't forget to register to the competition!
UPD: The contest has finished, thanks to all. I hope, you have got fun :)
Congratulations to tourist. It tooks him ~2 hours to solve all problems!
The next official school contest will be on November, 6, at 14.00 MSK.
Total number of participants is 788, 274 of them have taken part in the school competition.

codeforces, round, wcs
Codeforces Beta Round #37
By vepifanov, 10 years ago, translation,

Today I am the author of problems. I'm studying in Nizhny Novgorod State University (2 year, Mechanics and Mathematics). I want to thank the staff codeforces for assistance in preparing the contest, and, personally, Artem Rakhov and Maria Belova (for translations of problems into English). Also special thanks to Alexei Shmelev (NNSU) for writing alternative solutions.

P.S. Unfortunately, this round could be in error to register a team. For teams participating in this round will be counted "out of competition", ie, rating of participants does not change. If you register a team by mistake, you can unregister and register in person.

UPD: After the contest start, it will be available PDF-versions of the statements:
UPD: The contest is over, congratulate Ivan Popelyshev, who won this round. He was the only one who has successfully solved all five problems.

Announcement of Codeforces Beta Round #37

Good day to everybody!
Welcome to School Team Contest #1 that will be held on the 24th of October at 11:00 MSK. The contest will be official for school teams as a part of the series of winter programming school olympiads (http://codeforces.ru/blog/entry/753), and it will be informal (and not rated!) contest for everyone else.
To compete officially, each participant of a school team must at first register personally, then you must create a team of registered participants, and when registration to the contest opens, you must register your team there too.
I hope that the problems will be interesting for school students with different level of programming skills, and not only for school students! Pay attention to some differences from usual Codeforces contests. First, the duration of the contest is 5 hours, and there will be standard ACM rules. Second, problems will not be sorted in increasing order by their complexity, they will be shuffled. So your first problem for you is to find an easy problem :)
The authors of the problems are Mikhail Mirzayanov and me. Thanks to Gerald Agapov, Polina Bondarenko and Artem Rakhov, who helped me to prepare the round. Also thanks to Maria Belova for translating problem statements into English. We all are from Saratov State University.
Good luck!
UPD: After the contest start, it will be available PDF-versions of the statements:
UPD: The contest is over. The results are available. The winner in both official and non-official standings is Gennady Korotkevich, who has solved all the problems. Congratulations to the winner! The problem analysis is available.

Now you can create teams and invite other users Codeforces. I remind you that the first distance Winter Computer School Olympiad will be for teams, and for official participation in it only teams will be allowed (all team members should be registered to the serie).

P.S. It is only the first version of the teams interface. We are working on extending it. Suggestions are welcome.

Today is an unusual day on Codeforces: two contests a day with quite small gap between them. The reason is that today the IX Regional team school programming contest is held in Saratov, and it was decided to use the tasks from it for Codeforces rounds.

That's why there are many authors of today's tasks. I would like to thank the whole jury of the school contest for their excellent job. The following people are on the jury: Artem Rakhov, Nickolay Kuznetsov, Natalia Bondarenko, Gerald Agapov, Polina Bondarenko, Ivan Fefer, Edvard Davtyan, Igor Kudryashov, Pavel Kholkin and me. I believe that you know all these people as Codeforces problemsetters.

Let me draw your attention to the fact that today all problems have file IO. But generators for the hacks should output to stdout as usual.

Special thanks to Maria Belova and Julia Satushina for translating problem statements into English.

Good luck at the contests!

UPD: Results of the 35th round. We congratulate the winner, Naginchik, on his impressive debut!

UPD: Results of the 36th round.

Announcement of Codeforces Beta Round #35 (Div. 2)

Announcement of Codeforces Beta Round #36 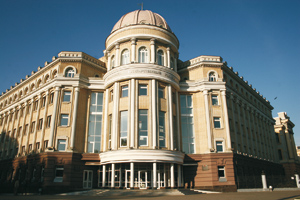 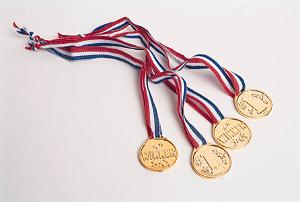 Winter Computer School is announcing a series of team and individual programming contests for schoolchildren. This school is organized by the Moscow Institute of Physics and Technology and sponsored by Yandex and ABBYY. The contests will be help on the Codeforces platform.

The series will consists of three team and the individual competitions. We invite schoolchildren (students enrolled at a school for secondary education) from the Russian Federation and other countries to take part.

The jury is already actively working on. All the competitions will include a wide range of problems and it will be useful and interesting for both beginners and experienced participants.

The winners will receive certificates and prizes!

The first contest is for teams and will be held on October 24 at 07:00 (UTC). The duration of the contest is 5 hours.

The full schedule (UTC times are given):

To participate in contests (as in team and individual) you must have an individual account at Codeforces. Attention! Do not register accounts for the teams, because after a few days it will be announced a new features to organize teams from registered Codeforces users.

All ongoing competitions will be open for informal participation for students and other Codeforces users, who do not participate in the official standings.

We hope that these Olympics will help you tighten up your knowledge of programming and help to prepare for the upcoming Olympiads – All-Russian Team Olympiad, All-Russian Olympiad and other competitions.

To become a member please register on a series of competitions. Here is the complete list of registrants.

P.S. I should add that the Codeforces project has prepared a special award for the best participant!

Good luck to all participants,
MikeMirzayanov and the Jury Team

UPD. An interface to create teams is available.