Reporting this issue here on Codeforces again because last time the issues were recognized and resolved effectively through this blog.

First is the hint system which when used will deduct some % from max achievable score for each problem. One can simply make an alt account and see the 1st hint. This could not be exploited that much because only 1 hint was available for participants who were active in the contest and it was very vague hint.

But the main issue was when I realized that everyone can actually see the setter solution for every problem by doing one trick.
After not being able to solve 3rd problem , I decided to press "End test" button out of frustration. Around 1 hour later I came back with some fresh ideas in mind and when I clicked the contest it opened in practice mode and there I was able to see complete solution before contest ended (notice time on my top-bar). This can be heavily exploited using alts. 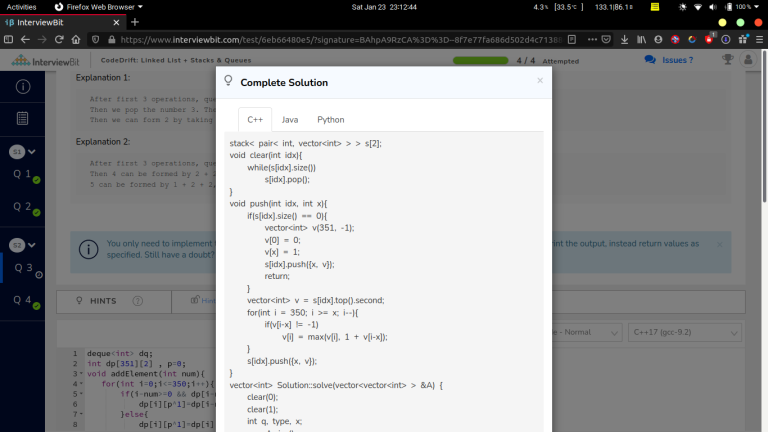 Second issue was the time for revealing the 2 problems on 2nd day was 8pm. But when I logged in at around 7:15pm the problems were visible. I reported that problem through the portal (notice time). 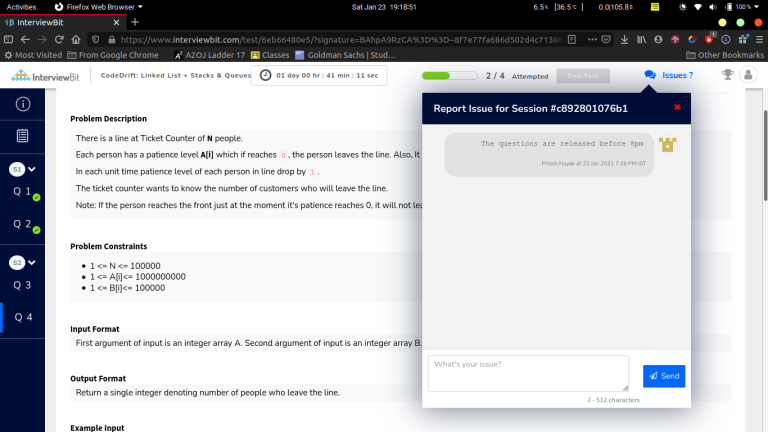 The Code-drift before this one (2-pointer) had no such loopholes except delayed revealing of problems in 2nd day. But these new "hint" features can be exploited easily. This contest has cash prize and keeping hints may help cheaters. So I hope interviewbit authorities fix it.