By adamant, history, 5 months ago,

I'm currently trying to write an article about $$$\lambda$$$-optimization in dynamic programming, commonly known as "aliens trick". While writing it, I stumbled upon a fact which, I believe, is a somewhat common knowledge, but is rarely written out and proved explicitly. This fact is that we sometimes can repeatedly use ternary search when we need to optimize a multi-dimensional function.

Ternary search is a family of similar algorithms that allow to estimate the infimum value of a unimodal function $$$f: X \to \mathbb R$$$ on a continuous segment of arguments by splitting it into $$$3$$$ roughly equal parts and reducing the search to at most $$$2$$$ of these parts.

Let $$$X \subset \mathbb R^c$$$ be a convex set. There are two most common ways to generalize unimodality on higher dimensions.

It is possible to prove that a $$$1$$$-dimensional convex or strictly quasi-convex function is also unimodal. Moreover, all unimodal functions for which $$$L=R$$$ (infimal segment has a zero length) are also strictly quasi-convex, so these classes are almost equivalent on $$$\mathbb R$$$.

Note that $$$f(x)$$$ must be strictly decreasing until it reaches minimum value and after the minimum value segment it must be strictly increasing for this to work. Otherwise it would be impossible to choose a correct segment reduction for $$$f(x_1)=f(x_2)$$$. This also means that non-strict quasi-convexity is not enough, as $$$\text{floor}(|x|)$$$ is quasi-convex and has segments of equal values other than $$$f(x^*)$$$.

Consider the problem of estimating the infimum of $$$f : X \times Y \to \mathbb R$$$. We can notice that

Another possible way when the domain of $$$f$$$ is a Cartesian product of convex sets is to prove that $$$f$$$ as a whole is convex or strictly quasi-convex, which would imply that all one-dimensional functions in the reduction preserve this property. 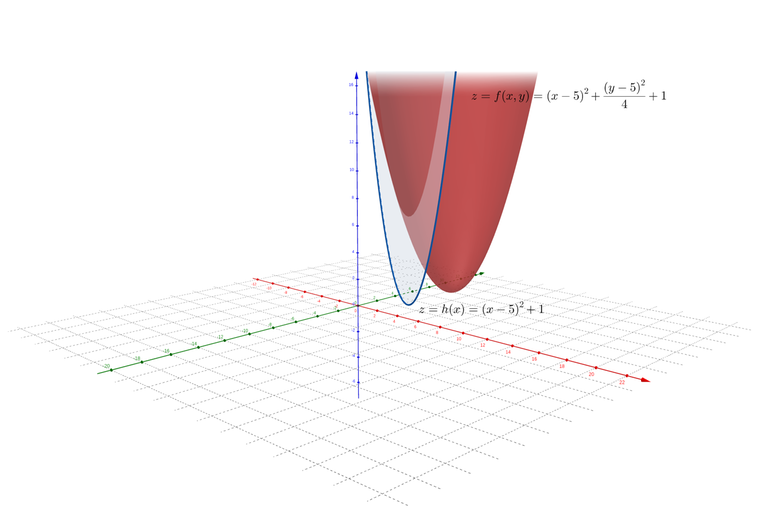 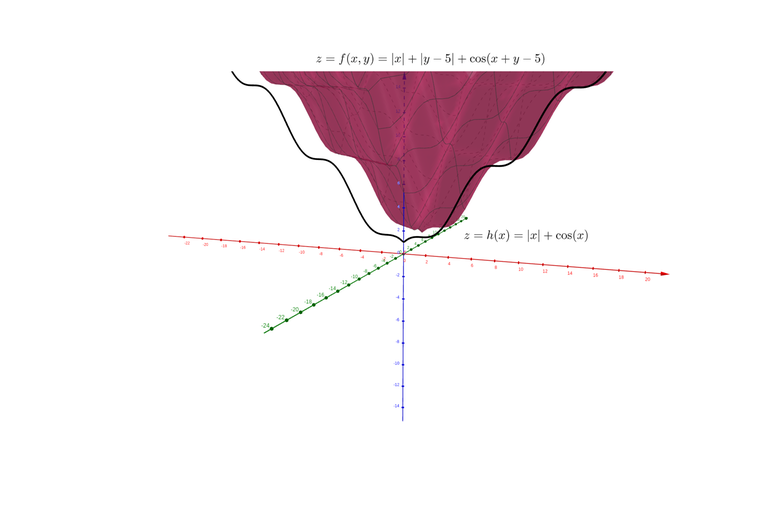