Hello! Do you feel the breath of New Year? 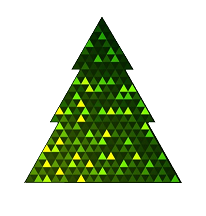 The clock shows a day before New Year, so it is time to sum up the past. I do not have speech-writers for words in the style of "what recently seemed almost impossible, it becomes a fact of life" so I'll be short. Thank you all! Your unfading interest and constant help inspire Codeforces team for new achievements! Brilliant writers, invisible soldiers: testers, tireless and greedy for knowledge participants — all of you help Codeforces do better!

I've dug into the records and made a partial list of the most notable major improvements of 2013. Some large improvements of our infrastructure are not in the list, as the community can not see them directly.

In addition, in 2013 we not only hosted 64 classical Codeforces rounds, but hosted some tournaments:

And as the detective story can not be without a chase, and the annual report can be do without the fun pictures. Here is a series of images showing the growth of Codeforces: 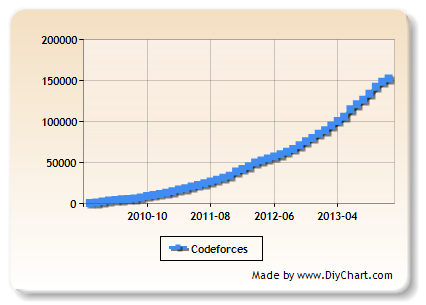 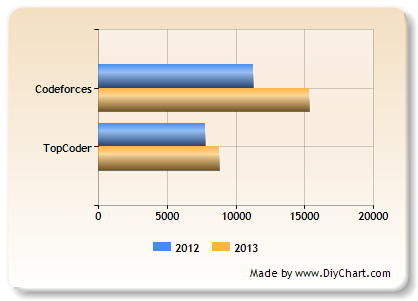 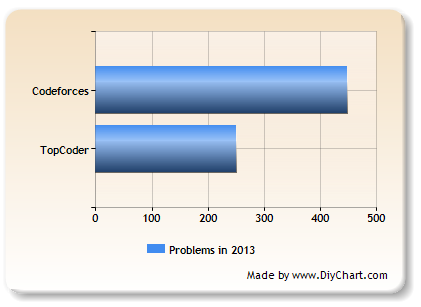 New problems for rounds and tournaments in 2013 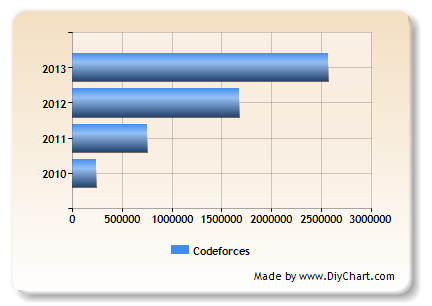 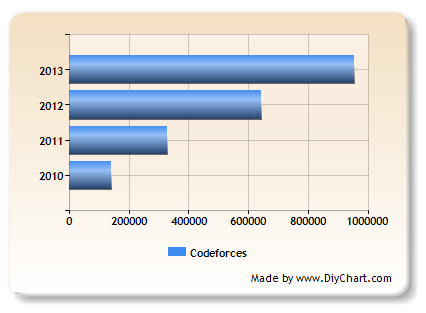 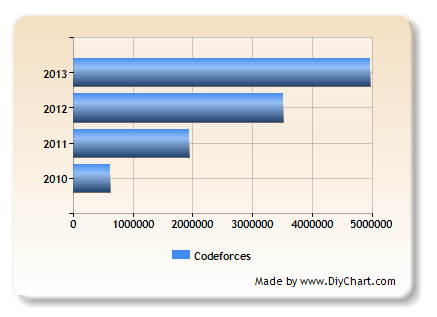 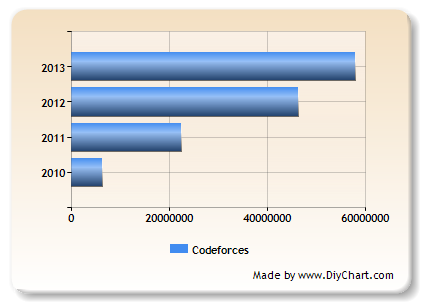