This year is 3rd edition of Bayan Contest.

Inaugural contest took place in 2011. About 800 university and high school students from all Iran tried to qualify for the finals through 2 online rounds and best 30 of them participated in the finals at Bayan offices in Tehran. Seyed Hamed Valizadeh won university stundents contest while Saeed Ilchi won high school part. 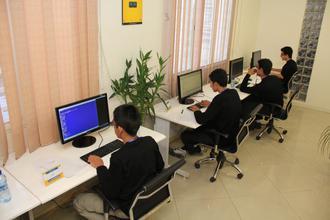 Next time Bayan decided to hold international contest. Codeforces was used to select international participants while Bayan's own system was used for selecting Iranian finalists as well as for the final itself. This time 1286 participants from 54 countries and 1728 from Iran tried to qualify and 8 international and 16 local finalists arrived to Parsian Azadi Hotel on February 16th 2013 in order to decide who is the best. peter50216 won the contest, cerealguy was second and I took the third place 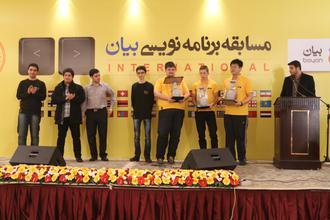 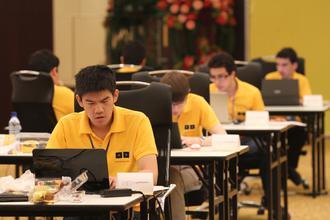 This year 10266 participants from 103 countries tried to qualify. Tomorrow 60 finalists will once again clench for the title in Parsian Azadi Hotel conference room. Who will be the winner? Post your favorite in the comments. 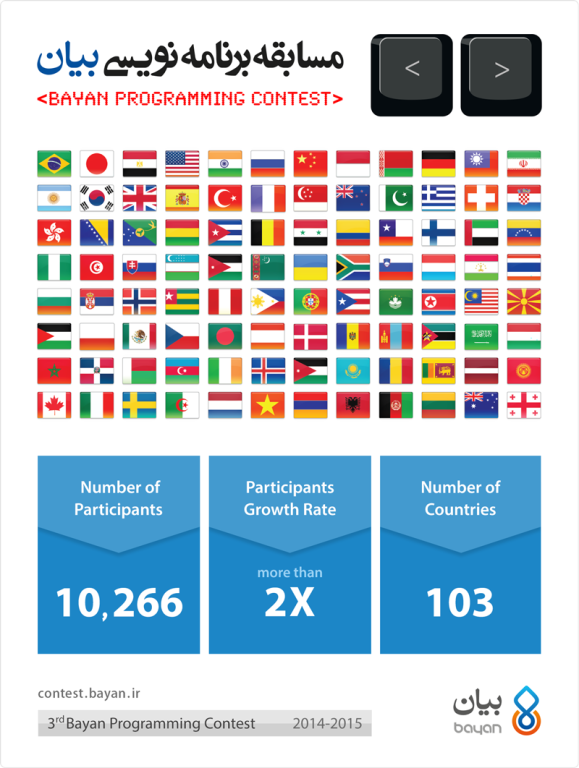