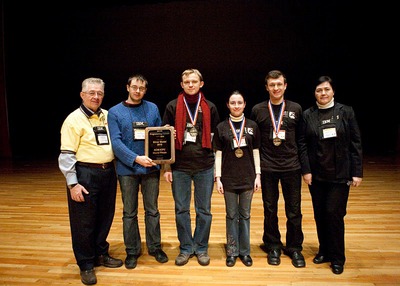 The results are announced - thanks to Ivan Romanov for being so quick. Thanks to everyone who supported us and followed the contest events. My apologies the system break-down, but if everything was stable in Codeforces, I wouldn't have called it beta. Unfortunately, I had no Internet during the day.

Congratulations to the medalists. The competition was tough.

According to Snarknews (in Russian only), Shanghai JTU has become the World Champion for the third time (2002, 2005, 2010), this means it has the same number of victories as the Stanford University and the SPbSU ITMO.


Then goes the Moscow State University (Gusakov, Kornakov, Razenshtein) - the European Champions! Congratulations to the team and to their coach Anton Pankratiev!

The next one is the biggest surprise of this contest (IMHO) - Taiwan National University. Personally for me it was a pleasant surprise, because in November I visited Taiwan - a nice island! I recommend it to everyone. It was my first trip to Asia, a good start .

The following two teams - Kiev State University (Grinenko, Neiter, Simonenko) and Petrozavodsk State University (Denisov, Nikolaevskyi). In person I know only the guys from Petrozavodsk, I'm glad for Alexei, Denis, Ilya, and Denis Petrovich, Vladimir Alekseevich, Victor Nicolaevich - congratulations to all of them!

An interesting fact: the three leaders of the last Petrozavodsk training session took the positions among the five best teams, and in the same order!

The eighth position - Warsaw, a nice city. The ninth - St. Petersburg SU (Antipov, Levin, Smirnov), the forth medal to our North-Eastern European region. 10th and 11th were Zhongshan and Fudan. The 12th was the University that hosted the previous World Championship in Stockholm - KTH, Sweden.

Congratulations to the medalists once again!

UPD. It occurred that SPbSU has the same penalty time as the eighth position. Moreover, there is a chance that Russia will have one more medalist - Ural SU (Burmistrov, Dublennih, Kurpilianskyi) occupies the 13th position and is the last team which solved 6+ problems.

acm, acm-icpc, world finals
Night before the contest
By MikeMirzayanov, 13 years ago, translation,

2010, acm, acm-icpc, contest
The third day in the Celestial Empire
By MikeMirzayanov, 13 years ago, translation, 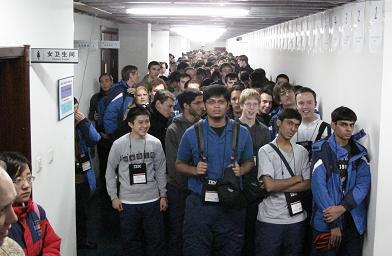 acm, acm-icpc, harbin, saratov
The second day in the Celestial Empire
By MikeMirzayanov, 13 years ago, translation, 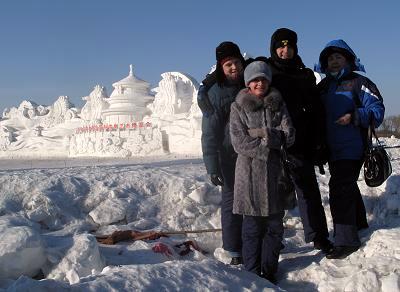 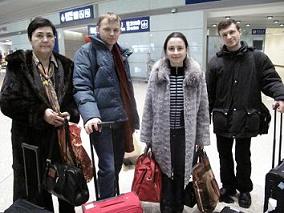 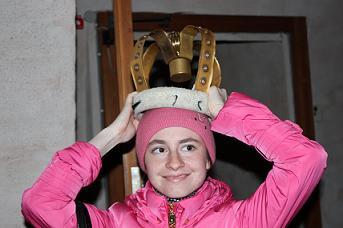 moscow
Do you know that?
By MikeMirzayanov, 13 years ago, translation,